It’s not a secret that dudes prefer curvy women. This could be seen in paintings by historic masters and pined for in modern song lyrics, feminine curves satisfy most men’s wish lists. Whether we’re talking bodacious boobs, bountiful booty or mouth-watering thighs, gentlemen prefer curvy women to fashionable waifs. 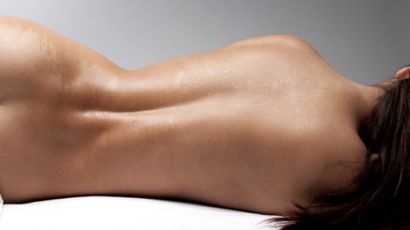 Now there’s some science backing up this craving. Researchers at Georgia Gwinnett College and the University of Texas at Austin say that curvy women hit men’s brains like a drug. Their study asked a group of men to look at photographs of women’s naked bodies before and after plastic surgery. None of the women lost weight. Instead their fat had been redistributed to other places. Some essentially gained weight to become more curvy after surgery.
MRI scans of the observers’ brains when they looked at curvy women showed activity in the same reward centers activated by pleasurable drugs. The men were getting a kind of high from the experience.